With Portugal having a pretty long coastline (1,794 km), we couldn’t miss spending one day of our trip driving to the coast, seeing the ocean and having some fun in the sun. 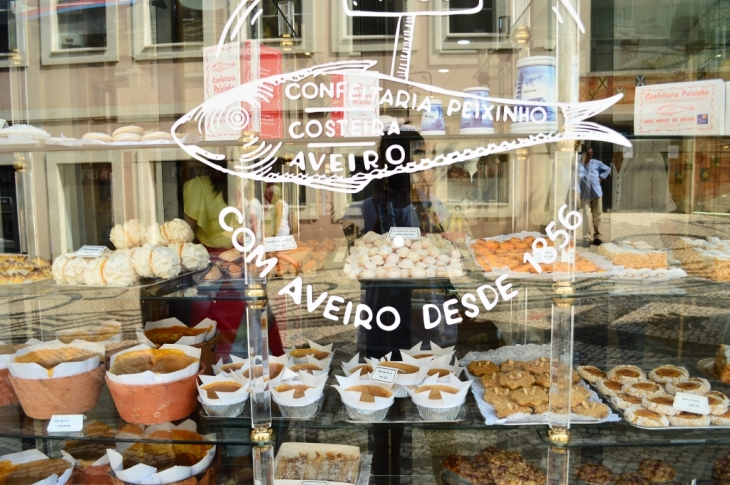 We started our day with a visit to Aveiro, sometimes referred to as „the Venice of Portugal“. It is a bright and relaxed town, famous for its canals and colorful moliceiros, boats similar to Venetian gondolas. Until the 16th century, Aveiro was an important harbor, but then a big storm lifted a sand barrier at the edge of the laguna, blocking the harbor and causing the outburst of diseases in the stagnant water. In the following twenty years, population of the town was halved, and the town remained cut off from the sea until a canal was dug in the 19th century. 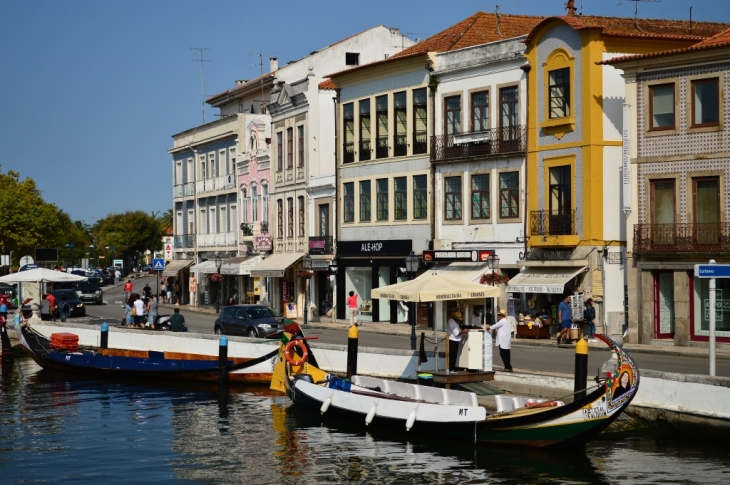 Moliceiros are probably the most famous symbol of the town. They were originally sea weed collecting boats, while today they drive tourists around the town canals. They are very colorful and have painted motifs showing scenes from the town history. 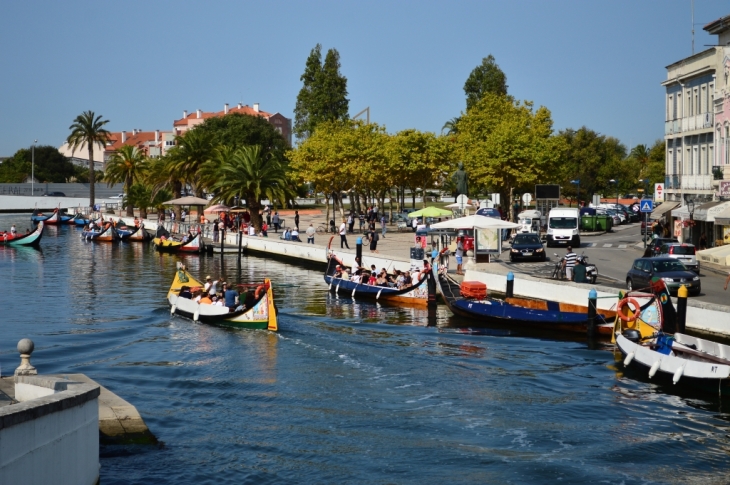 There is also a lovely center with paved streets decorated with sea motifs – you are never to forget, in sights as well as in salty smell, that you are not far from the sea!

Aveiro is famous for its production of salt, which can be bought as a souvenir, as well as Ovos Moles, unique sweets that can be seen in many shop windows, and tried out with coffee in cafes around town.

Our next stop was Praia da Costa Nova, a long, beautiful stretch of sandy beach located close to Aveiro. We were very excited to see the ocean and that uninterrupted blue expanse that every time fills us with great awe.

As it usually happens, the beach greeted us with strong, cool ocean wind, messing with our hair and throwing sand into our eyes. We loved it nonetheless. The small number of people that were sunbathing on the beach must have thought we were crazy, running around, twirling, shrieking, running towards and away from the sea, drawing and writing in the sand, taking photos… acting like absolutely silly tourists.

We went on to the village of Costa Nova and admired its adorable striped houses. These houses were used by fishermen, who kept their gear and tools there, as well as used them as shelters, but have now been converted to bright, lovely holiday homes.

After sea adventures, we went on to visit a historical town of Tomar, which in the 13th century was a religious center of Templar knights and one of the most influential towns of the Iberian peninsula. Tomar is very picturesque, with paved streets and traditional white and ochre houses, and as we walked to Praça da República, the town’s central square, we could really feel the history and tradition, with the setting sun and hardly any people around. 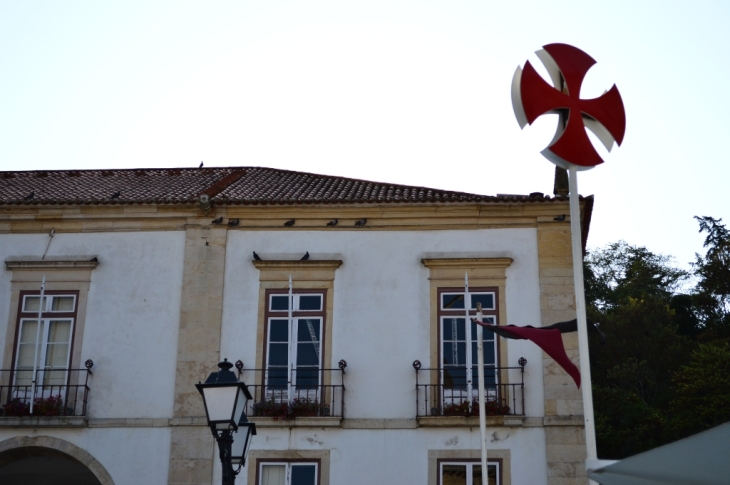 Convento de Cristo is the main tourist attraction of Tomar, situated on a small hill above the town. In its earliest period, this complex was used as a defense structure between the Christians and Moors, and it was also used by the Templars as their religious center. Charola church is located in the middle of the complex, unique in design reminiscent of the circular temples of Jerusalem.

Unfortunately, we didn’t get the chance to enter the church since it was late afternoon and the complex was closing for the day. However, the walk within the convent complex itself was amazing, with a distinct feel of medieval mystery and romance, and a wonderful view of Tomar’s rooftops from the convent terraces.