After returning home from Malta, I talked to a friend who was very interested to hear my impressions of the island. She visited Malta a few years ago and fell in love with the rich culture, history and food so when she asked me to highlight the best thing about Malta and I answered, probably the nature, she was left with a puzzled look on her face. At the same time, with images of wild flowers and beautiful natural vistas still fresh in my mind, I didn’t know what was so strange about what I had said. END_OF_DOCUMENT_TOKEN_TO_BE_REPLACED

There are many wonderful towns in Malta with specific atmospheres, styles and stories. However, if you are dependent on public transport as a means of traveling around the island, as we were, and don’t really have too many days to spare for random explorations, chances are that you will have to make a selection of towns that you want to visit and simply hope that you made the right choice. This being our first trip to Malta, we decided to focus on the better known towns of the island, trying to experience diversity in terms of urbanism, atmosphere and location, knowing that we can’t visit them all. END_OF_DOCUMENT_TOKEN_TO_BE_REPLACED

„The Megalithic Temples of Malta (Ġgantija, Ħaġar Qim, Mnajdra, Skorba, Ta’ Ħaġrat and Tarxien) are prehistoric monumental buildings constructed during the 4th millennium BC and the 3rd millennium BC. They rank amongst the earliest free-standing stone buildings in the world and are remarkable for their diversity of form and decoration. Each complex is a unique architectural masterpiece and a witness to an exceptional prehistoric culture renowned for its remarkable architectural, artistic and technological achievements.“ (UNESCO) END_OF_DOCUMENT_TOKEN_TO_BE_REPLACED 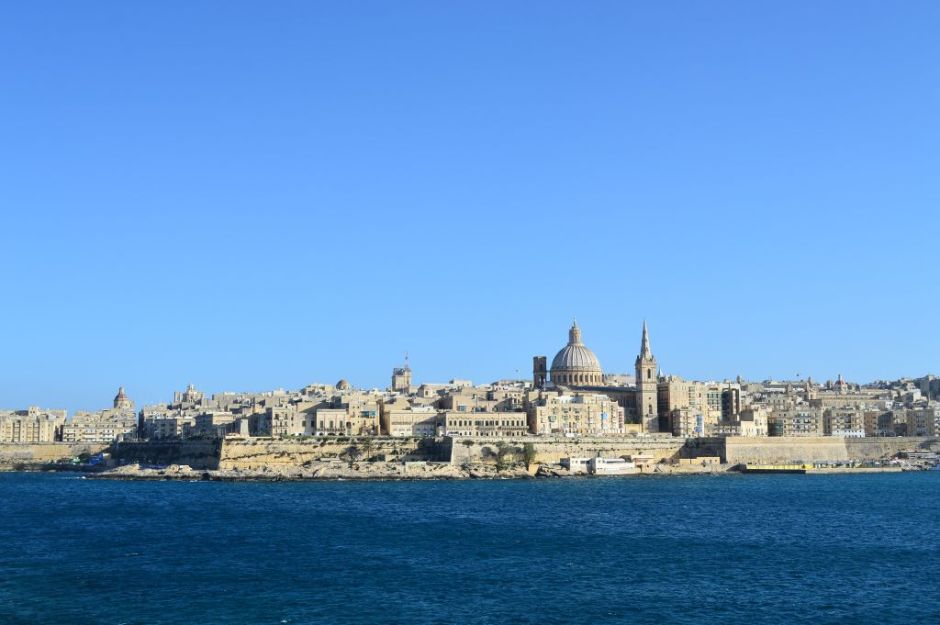 Approaching Valletta by a ferry gave us the opportunity to see the city from the seaside, protected by its strong, pale, rigid fortifications. Within them, with domes, spires and roofs jutting out from their limits, the city seemed like a random arrangement of dwellings that refuses to contain its playful spirit despite the strict appearance imposed by the fortifications. It was an interesting contrast, and we were looking forward to discovering which of the two sides of the city would prevail. END_OF_DOCUMENT_TOKEN_TO_BE_REPLACED

My visit to Malta came about as a result of a series of very fortunate circumstances. It wasn’t one of those trips you spend months planning, researching for, reading blogs and creating itineraries – my boyfriend and I haven’t been on a trip together for some time and the travel bug kept munching us, so once we came upon ridiculously cheap airplane tickets at the time we both could get days off from work, that was pretty much it. We were going to Malta!

In my (at that point, still insufficiently knowledgeable) mind, our trip was about to be focused, almost exclusively, on relaxation. I expected loads and loads of sun – our trip took place before Easter and I was looking forward to arriving home with my first tan of the year; very warm weather – everything I ever read about Malta mentioned how warm the weather was throughout the year, so I packed accordingly (or so I thought) and expected to spend at least a part of our visit basking in the sun on the sandy beaches and swimming in the warm Mediterranean sea; I also expected this to be a laid back kind of holiday – usually, when I travel, I want to see as much of the architecture, art and history of the place. This means I usually don’t enjoy having too much free time on my hands because, if I wanted to relax and take it easy, I could have very well stayed at home. However, I was mentally prepared to change my ways in Malta and spend the eight days there taking a slower pace – enjoying the beaches, taking walks in nature and only occasionally visiting different towns and cultural sights. However, Malta prepared a shock for us so things definitely did not go as we planned.

As I already mentioned, this was the first longer trip I took with my boyfriend in a while, so I don’t have to explain how excited and elated we felt as we sat in the plane, squeezing around the small plane window, trying to catch a good aerial view of this island we knew so little about and that could surprise us in any way. Our airplane seat neighbor was a nice man who realized that we never visited Malta before (it wasn’t a difficult guess, considering our exciting squeals and exclamations), explained to us what we were seeing and told us some stories about the island, its tradition and culture. It was such a lovely introduction to the island and its hospitality.

From the moment we landed at the Luqa Airport, we felt like we were in another world. We were greeted by the strong sun, humidity, palm trees, flower meadows scattered among strange architecture and a very busy, bustling atmosphere of cars, taxis and buses swiftly driving around and picking up tourists from all around the world as well as local people communicating in a peculiar language. From the very first moment of being introduced to Malta, a funny feeling took over, and it remained that way for the duration of our trip. This feeling of not being able to pinpoint precisely the essence of Malta, to find a category where we could safely store it, an expression or a sentence that could clearly describe it follow us throughout our stay. The island kept surprising us, over and over again,  refusing to let us relax and sink into the feeling of familiarity, overwhelming us with its dualities and contrasts: simultaneously, it felt familiar and new, European and Arabic, traditional and exotic, cosmopolitan and idiosyncratic, full of contrasts in architecture – in small, compact houses and monumental public buildings and churches, in language varying from perfect English to peculiar mishmash of Maltese, in the atmosphere of places – resorts tailored for tourists and places so hidden and authentic that they honestly leave you speechless. 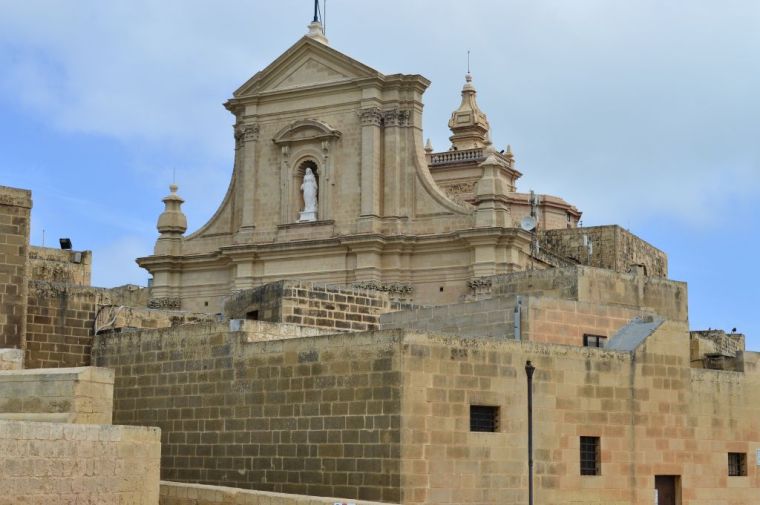 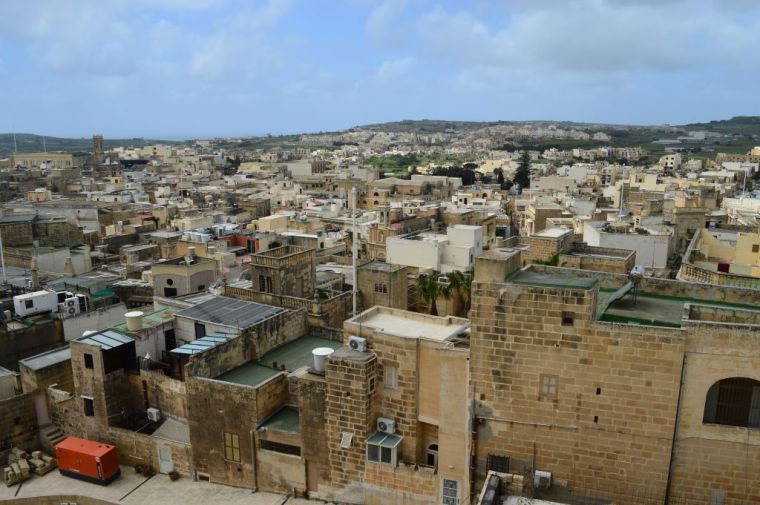 After we returned home from Malta, everyone kept asking me about the island and our trip. And for a very long time, I didn’t really know what to say, apart from stating that it may be the most interesting place I have ever visited. Some may have concluded from my stories that I didn’t really like it, but I just needed time for all those things, details, differences and uniqueness to sink in. From my return, I thought a lot about what is it that makes this country so different from what I was used to and knew. I’m still not sure about the answer, almost a year after my visit (maybe that is why I postponed writing about it for so long), but it must have something to do with all of its historic, geographic and cultural elements and the way they were woven together and intertwined to create a fascinating and rich mosaic of a country. Due to its location, Malta had rulers that included the Phoenicians, Romans, Moors, Normans, Sicilians, Spanish, Knights of St John, French and British. Today, it is tucked away in the middle of the Mediterranean, small and specific, slightly outcast and totally independent, but still affected – historically, culturally and geographically, by three continents and their heritage. It is a country of mysterious atmosphere, particularly present in its fabulous architectural and historic monuments, such as the Megalithic Temples, some on the oldest free-standing structures in the world, quiet but strong witnesses of another time, shrouded in mystery and myth, or in St John’s Co-Cathedral in Valletta, a triumph of what we might call European art and culture. It has to do with a million other different things and I am looking forward to analyzing it more thoroughly as I write about different aspects of Malta in the posts to follow, if for no other reason, than to try to understand the country myself. 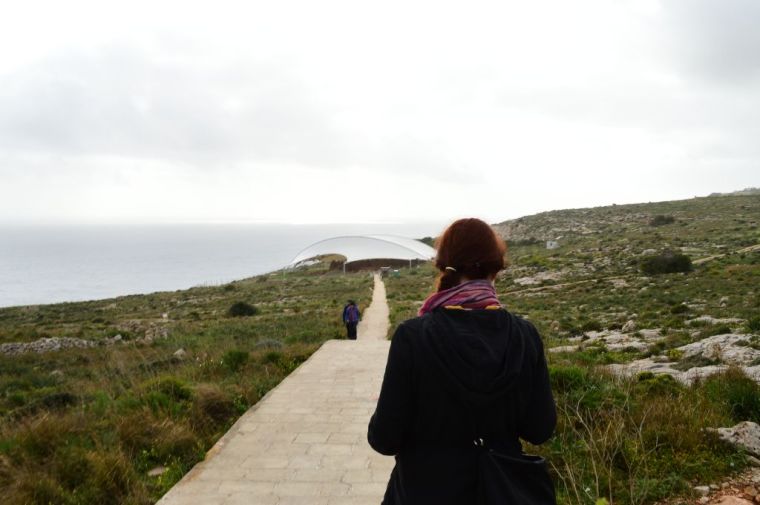 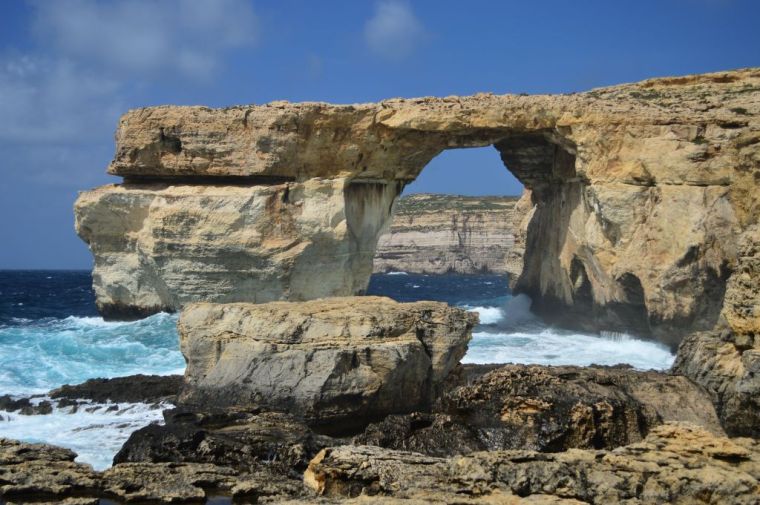 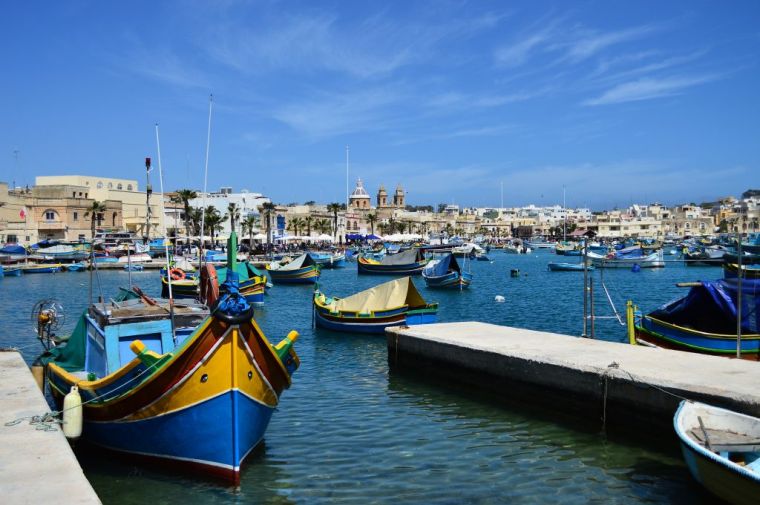 Ultimately, as many great destinations do, Malta shattered my shallow preconceptions and showed me much more than what I was prepared for – that it is a country of rich and dramatic history, beautiful nature, poetic towns, wonderful people and that is very different, very unexpected and hard to compartmentalize. Malta refuses to be defined in simple terms, and just as you thought you got the gist of it, it shows you something else, something more, something completely different. What a stubborn, mysterious, fascinating island!