We couldn’t leave Porto without dedicating some time and attention to the Portuguese wine, one of the country’s most famous and precious products.

One of the definitive “must do” activities in the city is crossing Ponte Luis I into Vila Nova de Gaia, traditional home of the Porto wine. Famous producers still keep huge barrels full of this precious drink in vast cellars of Vila Nova, many of which are located by the riverside, along Avignuda de Diogo Leite. 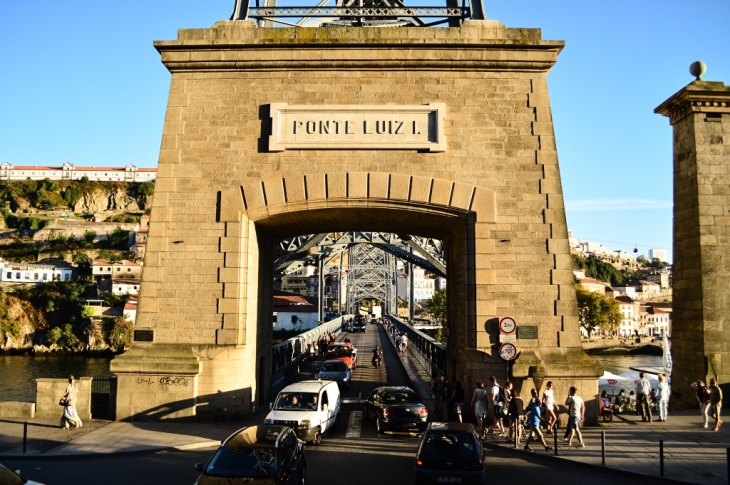 Porto tasting in Vila Nova de Gaia is probably the most popular tourist activity in Porto, as witnessed by the fact that many wine tours and tastings were booked for the entire day. Still, from what I could see, majority of represented Porto producers offer similar tours and experiences, and all of them end with a Porto tasting in the cellars or adjoining cafes. Our winery of choice was Cálem, one of the wineries closest to the entrance to Vila Nova de Gaia and Ponte Luis I.

Our Cálem Porto experience started with a visit to a modern, interactive museum explaining most important phases and elements of Porto production – location of vineyards on the banks of river Douro, processes of picking grapes, transporting them and producing the wine itself, colors and aromas that can be found in different types of Porto, etc. 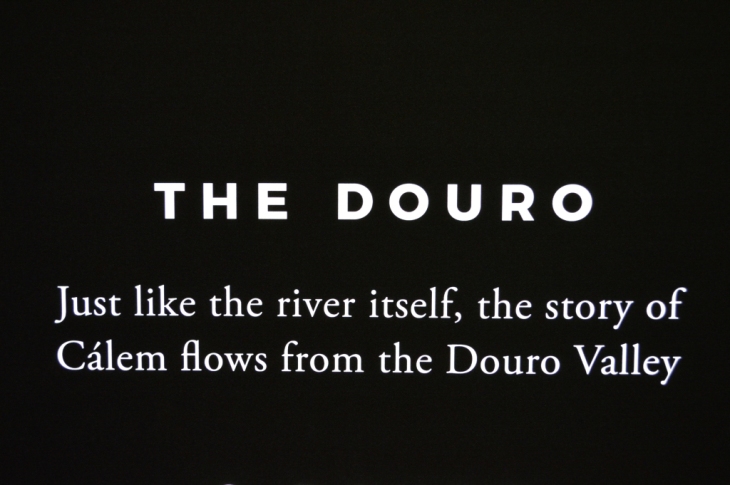 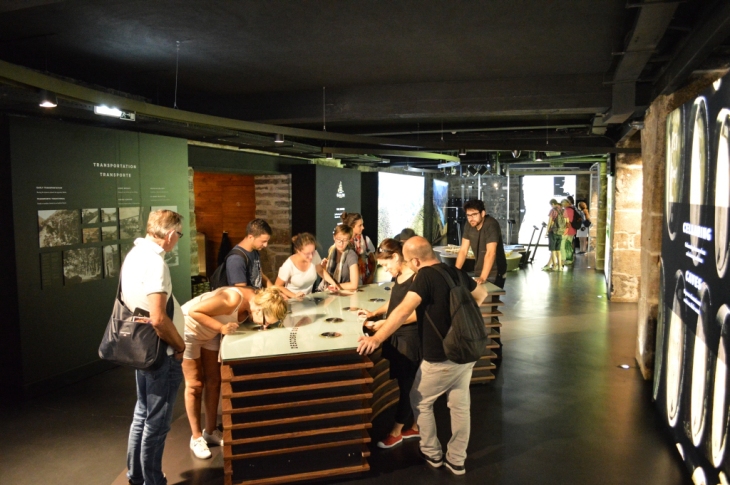 After the museum, we went on a guided tour through the dark cellars full of old aromatic barrels in which Porto is stored and taken care of like the most precious of materials. 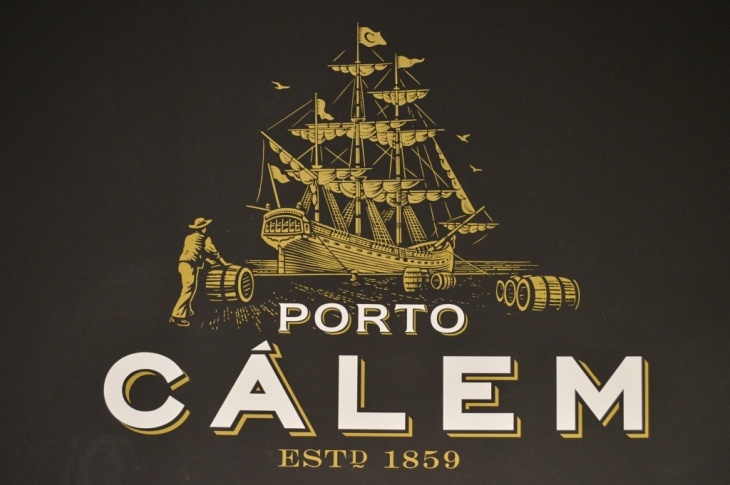 Our entertaining, interesting and very informative tour ended with a tasting of Porto: after trying both the red and white type, we were encouraged to make our own educated (and less-educated) opinions about Porto and its taste. 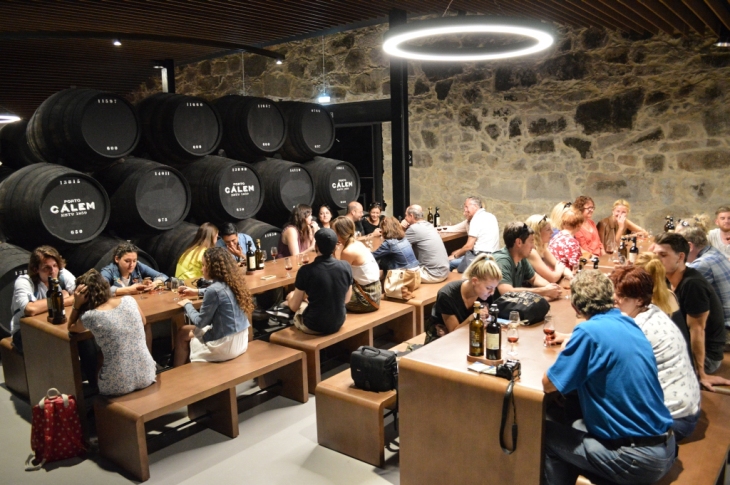 The following day, we took a scenic drive down the Douro valley, following the story of Porto wine to its source. Douro region is the oldest demarcated wine region in the world and is protected by UNESCO as a World Heritage Site.

There is evidence of wine production in this region dating more than two thousand years ago, but the earliest known mention of “Porto wine” dates from 1675, from the period when the region’s vineyards expanded and wine production became organized and internationally known. 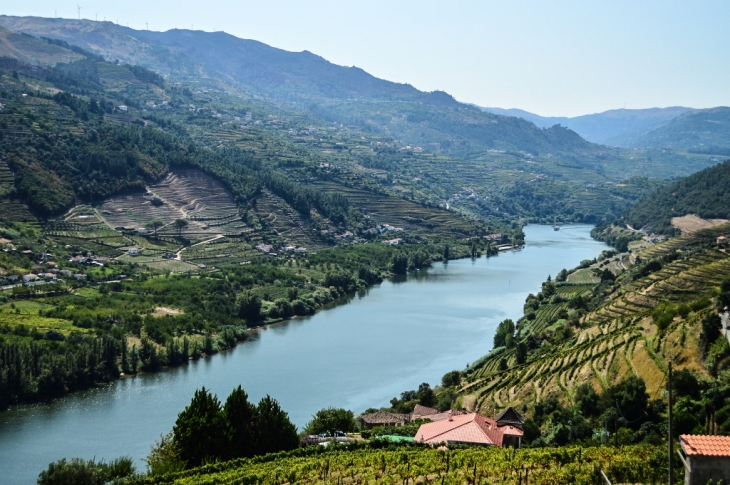 With the beginning of vineyard expansion and organized wine production, noblemen and rich people moved to the region and built glorious villas adjoining the wineries that are today open for visits. Despite the changes that popularity of Porto wine brought to the Douro region, the river valley kept its rural character and traditional roots. While the wineries are equipped with modern production processes, the grapes are still picked by hand and even stomped by foot to release their juices and begin fermentation, demonstrating the unity of modernity and tradition that can be felt throughout the region.

We spent the entire day driving around the valley, crossing the river from one side to the other, passing scattered wineries and vast, tidy vineyard owned by both well-known Porto producers such as Sandeman, Ferreira, Belem, Offley, Croft and smaller producers.

Since it was the middle of September, the vineyards were full of rich, dark grapes ready to be carefully picked and turned into wine. The entire region seemed busy and excited, preparing for the grape harvest, with many people in the vineyards inspecting the ripeness of grapes or beginning the harvest itself. Narrow, meandering roads were also busy with small trucks transporting picked grapes to local wineries, adding to the feeling of anticipation present throughout the valley.

We passed several small villages on our way and couldn’t miss stopping in one of them, where we treated ourselves with a glass of Douro wine on a café terrace overlooking the valley – right there in the beautiful cradle of Portuguese wine. 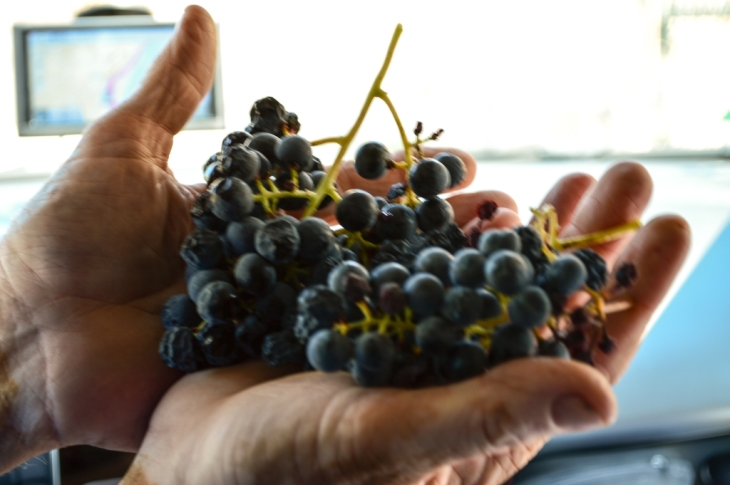