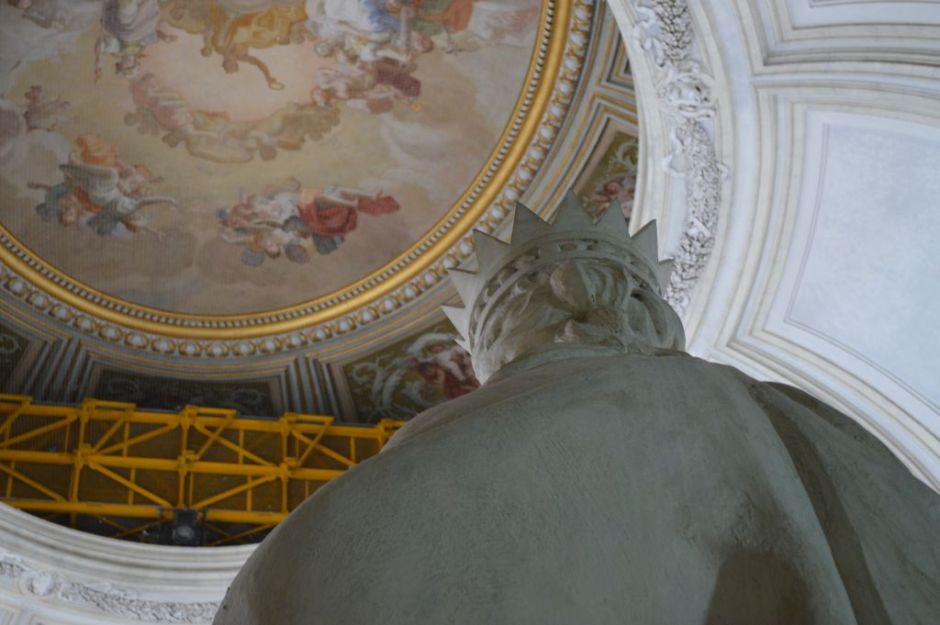 Prior to the visit to the Palace of Caserta, I felt a bit conflicted, expecting at the same time a lot and not much at all. On one side, extreme figures that the palace boasts with sent chills down my spine: volume of over 2 million m2, area of almost 50 000 m2, 120 ha of royal gardens… How large could this place be? On the other hand, the palace was modeled after the Palace of Versailles, and since I have seen “the original”, I did not expect this palace to surpass it. 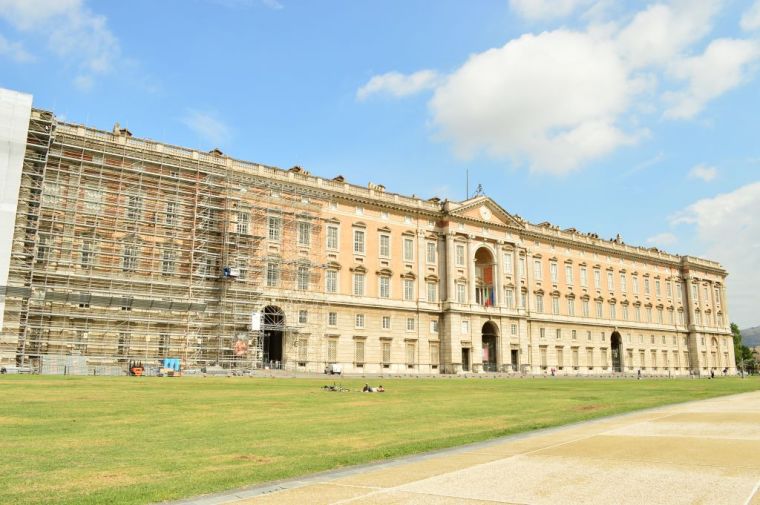 As it turned out, both sides of my inner confliction were partly accurate – the Palace of Caserta seeking inspiration in the one in Versailles was more than evident, but it is still a very unique structure with very particular characteristics, and as such should not be missed.

The Palace of Caserta is a former royal palace in the town of Caserta, built for the Bourbon kings in the 18th century. At that time, it was the largest palace and one of the largest buildings in entire Europe. Its construction begun in 1752 for Charles VII of Naples, and the architect that took on the grandiose project was Luigi Vanvitelli, one of the Baroque greats. The king worked closely with the architect on development of drawings for the palace and was quite emotional upon seeing its completed original project, but in the end, he never spent a night at the Palace, since he abdicated in 1759 to become the King of Spain. Politically, socially, conceptually and architecturally, the model for the palace was the Palace of Versailles. It was meant to become a magnificent royal court and the kingdom’s administrative centre, built in a location that would be well protected from sea attacks and safely distanced from the congested city of Naples in which revolts sparked more often than not. Its main aim was, naturally, to display the power and grandeur of an absolute Bourbon monarchy. 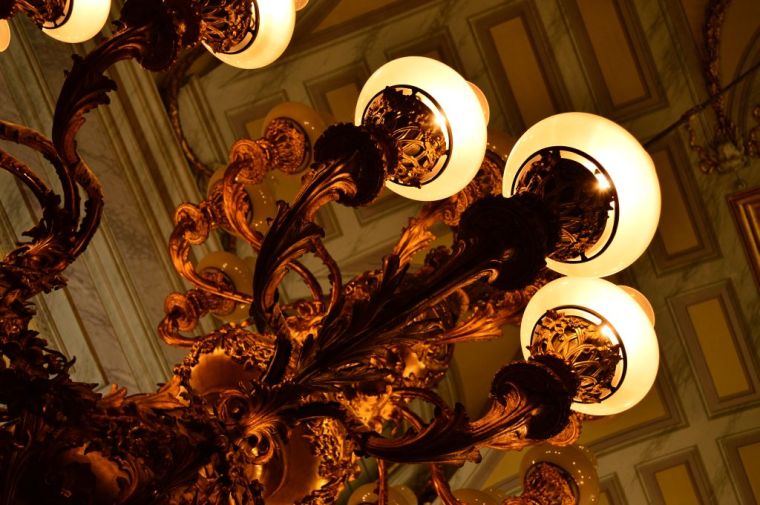 In 1773, Vanvitelli died. While this did not stop the construction, as it was continued by Vanvitelli’s son and other architects, death of the architect meant that the original project was never finished. Regardless, the manner in which the Palace of Caserta was completed is remarkable: it has around 1 200 rooms, including two dozen state apartments, a large library and a theatre modelled after Teatro San Carlo in Naples. More than 40 of its monumental rooms are completely decorated by frescoes, it has 120 ha of Baroque gardens, a large aqueduct to keep them watered and it was even supposed to have a monumental, 20 km long avenue that would connect it to the city of Naples which was never realized.

Interior of the palace is an epitome of grandiose Baroque style: room after room decorated in different styles and themes, with painted ceilings, intricate details, authentic furniture and splendid views onto palace gardens. 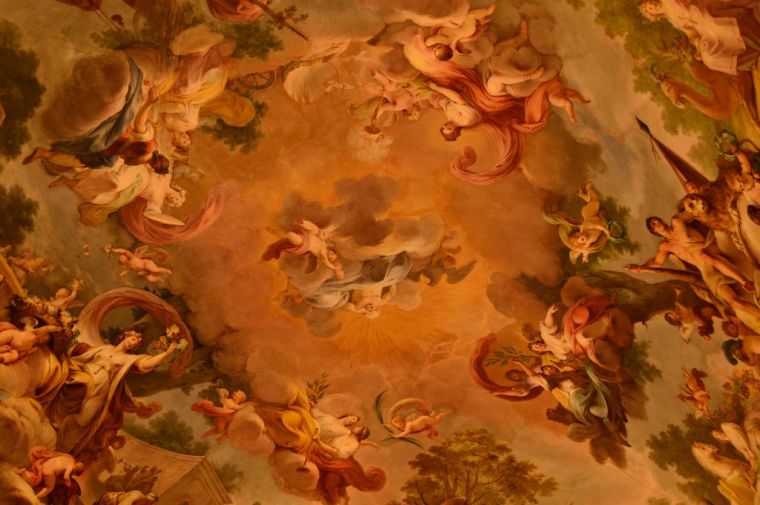 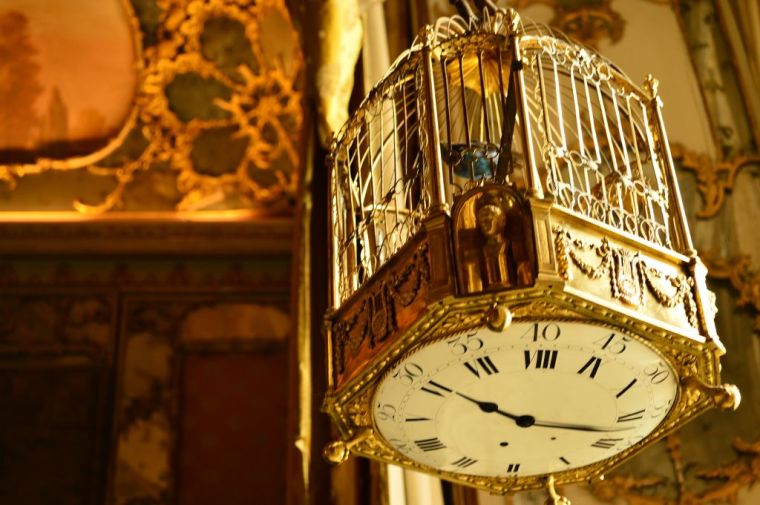 During our visit to Caserta palace, a banquet – on a state level, we heard – was being prepared, which meant that many of the largest and most monumental rooms were filled with tables, chairs and elegant cutlery. This gave us a great opportunity to see the palace utilized – as opposed to seeing it as a vast, silent museum – and to get a better understanding of what the palace could have looked like filled with dignitaries and political personas of the time. 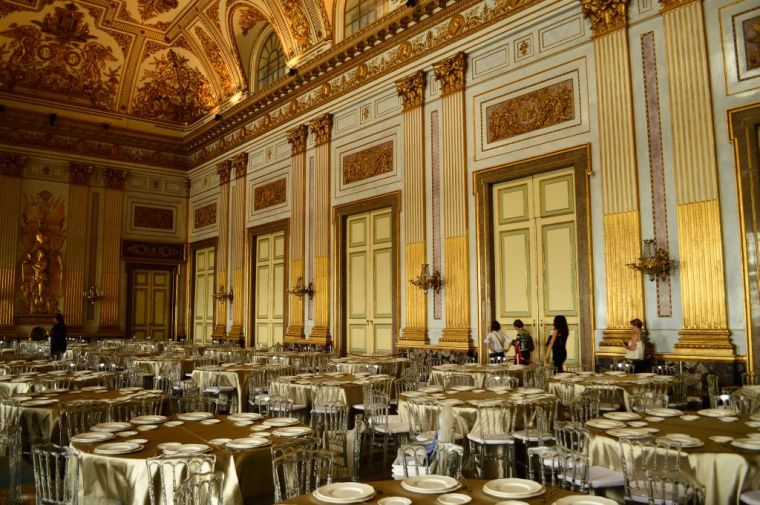 My personal favourite among the many wonderful parts of the Palace was the Royal Staircase, a display of marble patterns, grandiose angles and dramatic views. Climbing them really makes one feel like a royalty – if only the palace rented out crinolines and clothes of the time to enable us, the visitors, to have the real royal experience!

Palace gardens stretch for 120 ha (or, in lay terms, as far as your eyes can see) and are a typical example of the Baroque extension of the interior and of formal vistas. They, too, are inspired by the grandiose parks of Versailles and are a place through which you can wander for hours, exploring fountains, sculptures, waterfalls and flower beds. They are the palace’s playground – and we enjoyed the youthful feeling of renting bikes and a rickshaw and riding them around long promenades, exploring the secrets of the gardens of what is one of the most spectacular palaces I have ever seen. 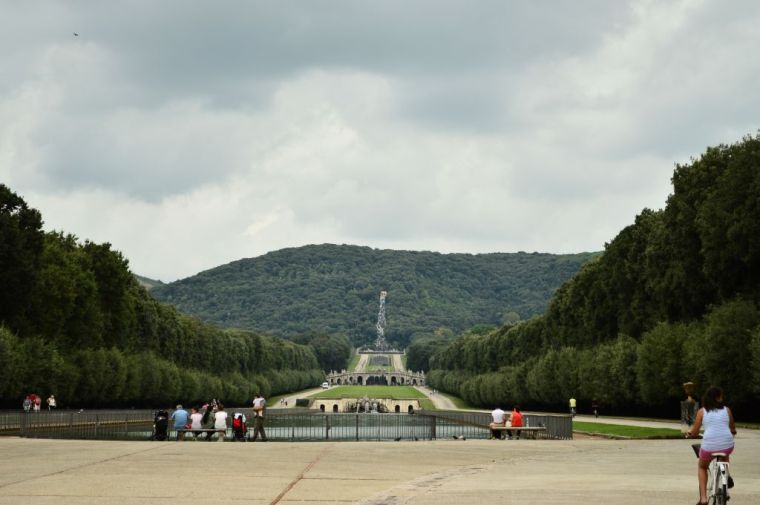 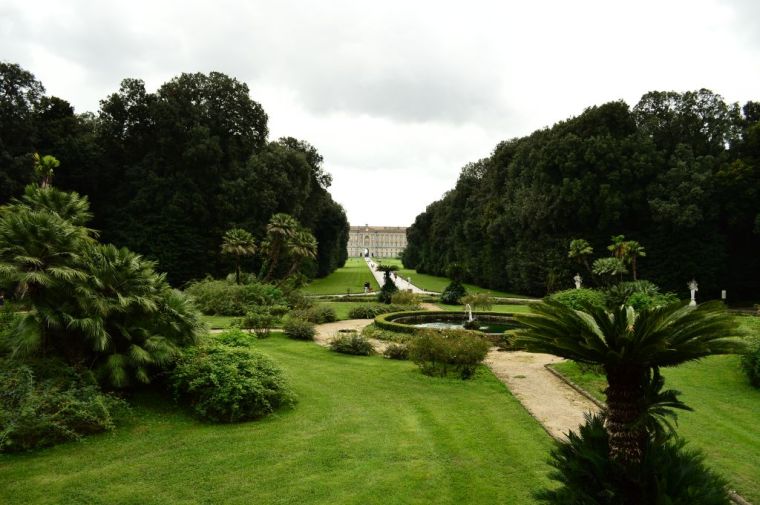