Contrasts of narrow medieval streets and spacious open squares. Sounds of loud Italians and authentic music of minorities. Smells of focaccia and seafood and the chatter of people in the restaurants. And occasional temperament yelling coming from inside the houses of the Old Town. Welcome to Genova – the capital of Italian region Liguria, second largest harbor in the Mediterranean, and a majestic city with proud history that brought it the nickname „La Superba“.

History of Genova is a story of a small fishing town that gradually developed into the leading trading force of the Mediterranean. Trade, shipbuilding and banking helped in building the largest and most powerful navy fleet in the Mediterranean, and participation in the Crusades caused the expansion of its power as far as to the Middle East and Africa. Influential Genovese families accumulated great wealth and for a certain period in history, they were the most notorious people in Europe. Their city, the center of then known world, had to show their power and wealth. It is maybe for that reason that Genova developed into a beautiful city that was a proud holder of the European Capital of Culture title in 2004 and whose parts are today enlisted in the UNESCO World Heritage List.

The city manages to maintain the balance between the intimate atmosphere of a small medieval town that it once was and the metropolis that it is today. That is achieved through an interesting combination of narrow streets – famous carrugi – and wide open squares flaunting large town palaces, decorated fountains and public monuments. Taking a walk around the city center is a strange experience: you are placed within the network of complex streets and colorful high buildings spreading on four and more floors. You may even experience dizziness when you look up and try to grasp the end of infinite lines of the buildings and catch the view of the skyline.

However, upon getting used to such layout, you have the chance to admire the interesting play of shadow and light produced on the facades of buildings, or wander into small, intimate streets with laundry drying in the sun where you witness the simple, quiet life of the locals.

Every once and a while the city surprises you with spacious, large piazzas surrounded with monumental palaces and decorated with sculptures and fountains. Piazza Acquaverde, Piazza de Ferrari, lively Via San Lorenzo bustling with people, they all show you different faces of Genova: city as a rich cultural mecca, as a 19th century metropolis, as a contemporary center for shopping and entertainment.

Genova has more preserved parts of the defense system than any other town in Italy. Main city walls were erected in the 9th century, and there were three main entrances into the old town: Porta Soprana, Porta dei Vacca and Porta Aurea. Today, Porta Soprana is the best preserved of the old entrances and some even say that its medieval towers are the most famous attraction of Genova. Surrounded with Meditteranean plants and olive trees, they really make a very beautiful, camera-friendly sight. 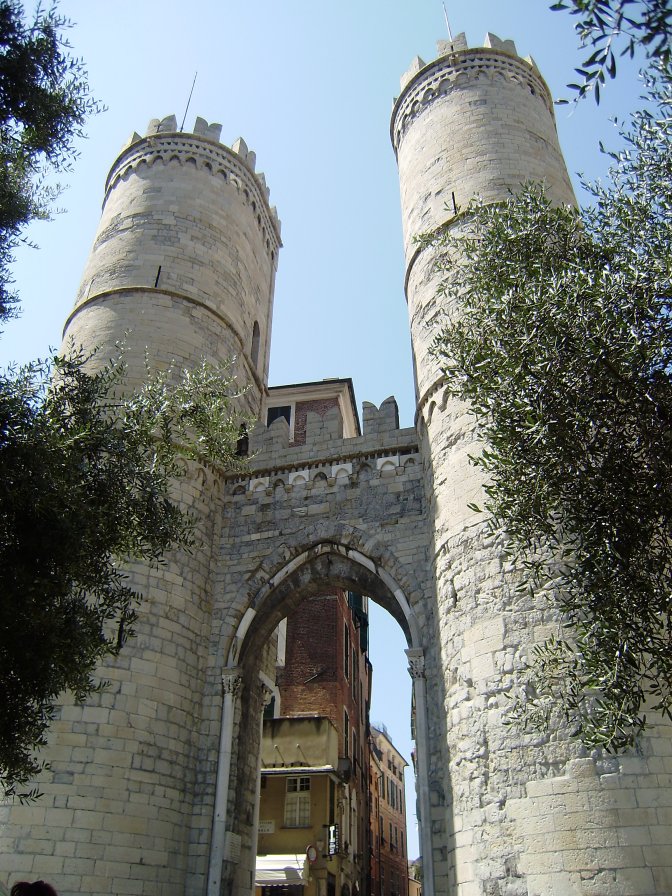 Very close to Porta Soprana is the alleged house where Christopher Columbus lived as a boy. Although his life and place of origin are somewhat of a mystery, and it is not known whether he was born in Genova, Savona or even outside of Italy, the Genovese legend states that Christopher’s father may have been employed as a guard at the Porta Soprana and young Columbus lived in a small house that today attracts many visitors wanting to know more about the life of the famous explorer. 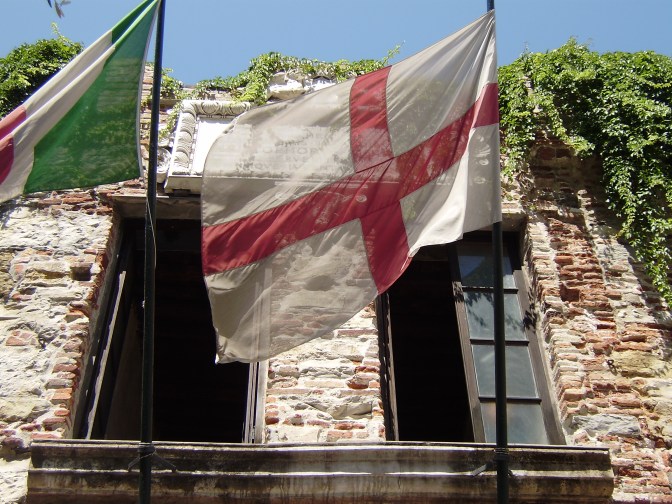 Genova is a hilly city, and to see it in its large entirety it is best to visit one of the viewpoints situated on hills overlooking the city. This also gives you the chance to take a ride in one of many funiculars and lifts that cut the city diagonally and vertically and make the journey easier for a tired tourist. Our funicular of choice was the Zecca-Righi funicular that climbs up the Righi hill. It is the longest funicular in the city and the ascent awards you with a lovely view of the city and its port. At the top of Righi, you can take a walk or a jog (something that the majority of Genovese do), see the old fortifications, rest in one of the cafes or simply admire the view of the grand port.

However, some may not like the quietness of the Righi that makes you feel detached from the hustle and bustle of the city center. For my part, after snapping a few photos, I was more than ready to go back down, into the „belly“ of the city. Because the vibrancy of Genova causes addiction. And to walk down the streets with a warm focaccia in your hand or to sit on a sidewalk terrace of a small restaurant  means to enjoy the complexity of the place that is bustling with life, sights and sounds. Genova cordially invites you to explore her streets and makes you feel welcome and at home. And once you exit the Old town and find yourself in the city port…