While visiting the Norman coast between towns Cabourg and Vierville-sur-Mer, a part that is called Côte de Nacre (in translation, Pearl Coast), Normandy graciously showed us another part of itself: one that is bleak and sad, and yet, in a way, very majestic. For this span of coast was the place of what some call the most important event of the World War II and one of the grandest military operations of all time. Five sandy beaches, Sword, Juno, Gold, Omaha and Utah, gave us a memorable history lesson about the D-Day debarkment and the Battle of Normandy.

On June 6th, 1944, the allied forces of British, American, Commonwealth and Canadian troops invaded the Nazi-occupied France. The epic invasion, code-named Operation Overlord, was a result of a year-long planning, manufacturing of arms and training of men. What occurred was a historical event of grand proportions: the attack on the coast of Normandy included 4 000 ships, 5 800 bomber planes, 4 900 fighter planes, 153 000 troops and 20 000 vehicles. More than five million men came ashore the Norman beaches following D-Day to engage in the fights that eventually finished with 11 000 casualties and 2 500 dead.

There were only 10 days each month that were suitable for the launch of the operation – days close to the fool moon that would bring sufficient illumination during the hours of darkness and favourable tides. D-Day assault was planned for June 5th, but the deterioration of weather delayed the operation for 24 hours. Even then, conditions were less than perfect, and it seemed possible that everything would have to be cancelled. However, General Eisenhower ordered the invasion to proceed.

Meanwhile, the Germans were looking up at the same sky and the bad weather over Northern France made them believe that no invasion would be possible in such circumstances. Many officers were away for the weekend, Rommel took a few days’ off to celebrate his wife’s birthday, and other commanders were away from their posts conducting war games.

The unexpectedness of the attack caught the Germans by surprise when dawn brought the Allied fleet to the sandy beaches of the Seine Bay, accompanied by airborne forces to east and west. Utah, Omaha, Gold, Juno and Sword Beaches were the places where the majority of battling took place.

”It was as if every ship and every plane that had ever been built was there”, said one British soldier. ”The beach was alive with the shambles and the order of war… there were dead men and wounded men and men brewing tea.”

For my family and me, the experience of visiting the sandy D-Day beaches, especially in the light of what we have learned about Operation Overlord, strategy of attacks and fascinating statistics of the battles was a memorable one. On the day of our visit, the weather was ominous: instead of the sun, we were greeted with fine, soft drizzle and cold wind. Weather conditions may have been the same on that day almost seventy years ago. In such atmosphere, ghostly empty spans of sandy beaches were looking frightening and the weight of what happened there became clearer than during any history lesson I ever had in school. Each of the beaches tells a part of the story that may be too big to fully comprehend for a lay man and focuses on different units that fought there.

Museums and memorial centres (such as the Juno Beach Centre or the D-Day Museum in Arromanches), monuments, viewing tables, cemeteries and remains of weaponry used in the attacks (such as remains of the artificial Mulbery Harbour) serenely and respectfully take you on a historic journey, urging you quietly to try to imagine the scenes, think about war, its pointlessness and admire the strength of the human spirit amidst all that horror. While visiting the beaches, you are constantly reminded that you are in fact standing on holy ground. And it affects your emotions and behaviour, as you tread the beaches with respect and admiration inevitably mixed with sadness. 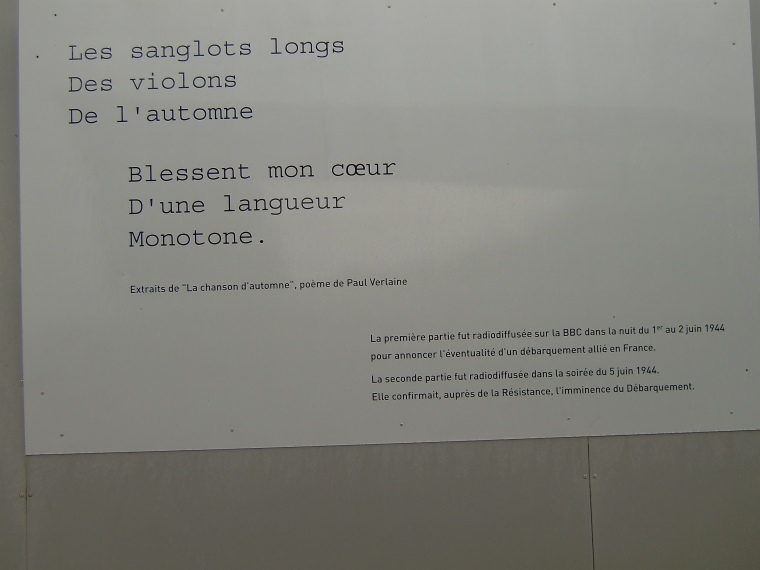 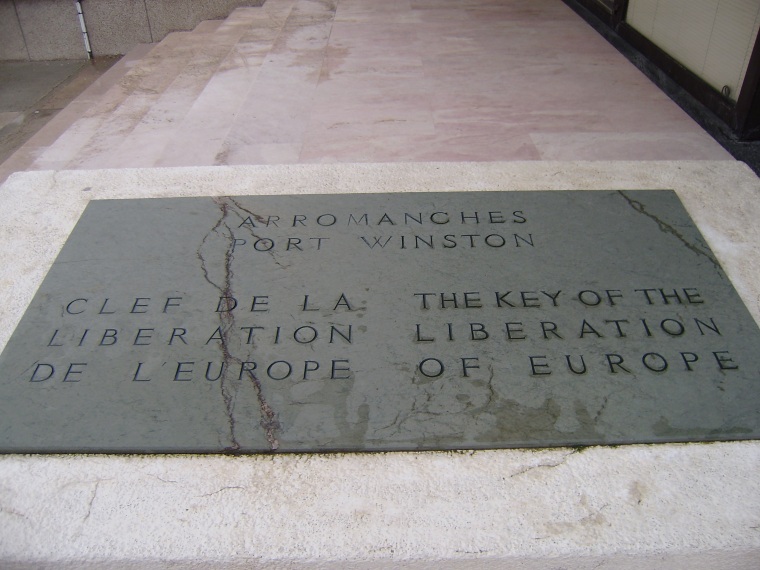 Following the footsteps of D-Day landing and battles put everything we knew (or thought we knew) about World War II into a new perspective. Being there, walking on the sand that still carries symbolic marks of shed blood, looking at the sea in the grey, cold atmosphere that plays with your imagination, seeing memorials that stand as beacons of the event for generations to come, turned our visit into a powerful, memorable experience of great learning value, where we were taught about the strength of the human spirit and the pointlessness of wars in a manner that we are not likely to ever forget.